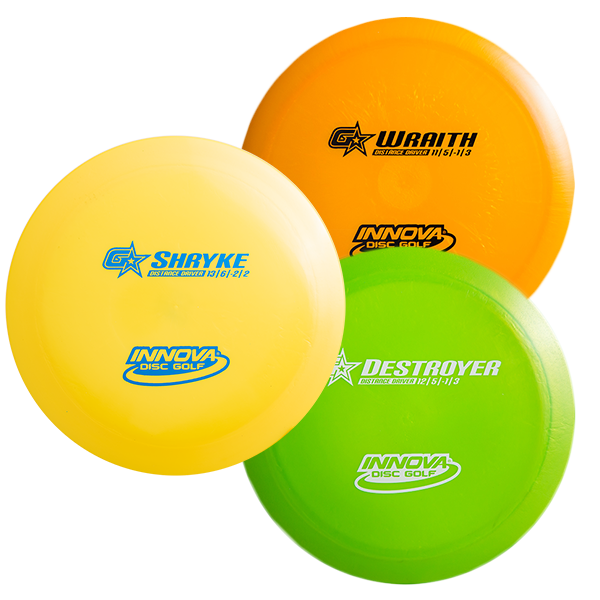 Innova’s GStar material is an unique blend of Innova's hugely popular Star plastic. The GStar discs are more grippy and flexible than regular Star line discs. This kind of grip level hasn’t been seen in premium plastics before. It also maintains its grip and flexibility even in the cold air, making this plastic blend optimal for winter Disc Golf. The material yields a unique metallic coloring that shimmers and shines in the sun.

The Shryke is an easy to throw, very long range driver for a wide variety of players. A mild high speed turn puts the Shryke in glide mode, which along with its high aerodynamic speed, give it incredible distance. The low speed fade is also mild, which makes it easy to keep on the fairway. The Shryke is similar to our popular Tern but faster and slightly more high speed stable.

The Destroyer is a fast, stable power driver with significant glide. Great disc for sidearm throwers and those with lots of power.

The GStar Destroyer seems to be a touch less overstable as the Star & Champion versions of the Big D. For powerful arms, this disc offers long & controlled S-curves out-of-the-box, while the players with less arm speed will appreciate the Destroyer’s long predictable flight and the dependable fade at the end.

The Wraith is a long stable Distance Driver with speed, glide and accuracy. Wraith can provide great distance for players of almost all skill levels. It is an excellent down wind driver that also performs predictably into the wind.

The widely used and very versatile distance driver Wraith is the disc of choice for long and accurate drives off the tee for the 12-time Disc Golf World Champion Ken Climo. This disc is easy to learn to control, when you need a driver that soars further than your fairway drivers. Thanks to a perfect combination of mild high speed turn and dependable low speed fade, this disc is most likely the most versatile driver in its speed range (11). Especially in higher weights, the Wraith can withstand a great amount of power and even headwind and still performs very predictably.

There are yet no reviews for this product. 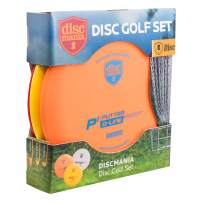 Who we are and what we do?